#HOLD ON #THETRUCKISROLLING
WITH ROOTS IN THE CAROLINAS, THE ORIGINAL AMERICANA BAND
BLACKBEARD’S TRUCK
HAS TAKEN THE SOUTHEAST BY “STORM” 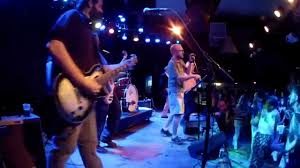 Blackbeard’s Truck has been rolling throughout the Southeast since 2000 and has only picked up speed. Taking the Southeast by “Storm” with their 2016 self-released album “Three”, the original Americana band from South Carolina has been making waves across the US. With a unique fusion of Americana, Southern Rock, and Blues, The Truck has created a style all it’s on. While still making great new originals and adding to an ever growing list, Blackbeard’s Truck has still maintained and built upon an impressive list of over 140 covers ranging from classic and southern rock, pop, country, and the Top 40 hits from yesterday and today.